Smart home technology in the UK is getting more and more popular each day. Thanks to developments such as the Amazon Echo and Google Home Hub, everyone wants to make their home as smart as possible. From bathroom appliances to high-tech security systems, smart tech is becoming a huge part of our everyday lives.

But what are we to expect this year? So many of us are wanting to use the new year as a way to start fresh with our home tech. With that in mind, we have had a look at some upcoming products to keep an eye on this year.

This connected dishwasher rests nicely on a kitchen countertop. It uses its own water reservoir to clean dishes faster while using less power, even in the smallest of flats. It’s such an innovation in technology that it has been chosen for a CES 2019 ‘Best of Innovation Award’ at the Consumer Electronics Show in Las Vegas.

Unlike every other dishwasher out there, there is no need for a plumbing system. Simply fill the tray with half a gallon of water and let it do its job. It uses 80 per cent less water and electricity than your average dishwasher and takes only 10 minutes to complete a wash cycle.

In late 2018, it was predicted that the Amazon Echo smart speakers could become so intelligent that they could predict the future, or at least develop “hunches” about what to do next. So, if you go to bed and say “good night” to Alexa, she could mention that you have still left the heating and some lights on and that you should switch them off.

You will be able to discover if Alexa has any ideas about the things you may have forgotten by saying “Alexa, do you have any hunches?” This new feature will be connected to devices such as plugs, lights, locks and switches. This new service is expected to arrive sometime this year.

This smart intercom system will allow users to open their doors remotely via an app, available on iOS and Android. It will also issue one-time “keys” to visitors such as couriers. It is ideal for those who own an Airbnb or those who have regular visitors. Unlike the majority of smart locks, it works with existing electric strike locks and intercom systems. This means that it could be a wonderful solution for those who live in flats.

This hi-tech security system brings together both AI and human intervention with a rapid alarm system. This system is designed in conjunction with police experts with the intention of preventing burglaries. The system uses smart cameras, motion sensors and an AI processing hub to detect and identify potential burglars surrounding the property.

Once a burglar has been detected, the system sets off a strobing red light on each camera. It will then send alerts to a manned response centre. Those in the response centre can speak through a loudspeaker and inform the burglar that they have been spotted.

Tech will change the way we view lighting! London-based start-up Den is making waves with their range of ‘smart’ switches, designed to warn homeowners if they have left the iron on. The Den system has voice command by Alexa built in and lets users switch any appliance or light on and off from anywhere. You can track which appliances are using the most energy by placing a tag on a device and it will be tracked wherever it may be.

Your basic ‘dumb’ sensor can be easily transformed throughout 2019, all thanks to cheap sensors. Tuya Smart has partnered with British start-up time2, to launch a range of cheap ‘smart’ objects. All of these can be controlled through one simple app. This range will expand to include things such as flood sensors, door and window sensors, smoke detectors and video doorbell. The company promises that the entire range will be compatible with Alexa for voice control.

Looking Forward to the Year Ahead

With so much innovation making its way into our commercial and domestic properties, it pays to turn to the right supplier for your tech needs. Get in touch with ABM electrical to see what we have in store for you!

Whether you are an industry expert or an individual, we can help. Get in touch to learn more about our products and services.

What our customers have to say

In the maintenance and repair section of the electrical industry, in which we operate, products need to be sourced quickly and be right and fit for purpose. The team endeavour to meet our requirements especially as we often work outside normal working hours and has risen to the challenge by opening up the warehouse/unit during the night and on Sundays, and have even delivered equipment on their way home to ensure we complete the works in the timescales required.

I use ABM Electrical Wholesalers on a frequent basis and would highly recommend them to anyone in the trade.

They have a vast and varied range of stock available on site and will go out of their way to obtain anything out of the ordinary. They are always punctual and keep their prices competitive.

Thanks for your help and advice over the years, we have been going to ABM since 2002 and you still have the same commitment to customer service after all that time which is remarkable.

We couldn’t ask for any thing more from a wholesaler, friendly and fair and when we have struggled as a company always worked with us.

As a family business they know their customer base inside out and suit all their interaction to individual needs and requirements – this far outweighs any service I have ever experienced through any other wholesaler. This has been proven time and time again when any of the team can provide me with extensive knowledge on all the products they stock to ensure I have the right information to help my customers make an informed decision prior to installation.

I’ve been a regular customer at ABM for almost 10 years. In that time they have always gone above and beyond on numerus occasions to make sure we receive our materials on time and at the best price possible. Even delivering to site when needed at short notice.

Exactly what you need when you’re working to tight time scales with clients. Look forward to many more years of business together.

The lads at ABM  offer great service! Every one of them give 100% all the time no matter what. They have gone above and beyond for me many times in the past. When I have needed something urgently but can not leave site as I need to get the job done on time, I have called ABM and they have no problems in getting gear to me without delay, It could be anything from light fitting’s to something as small as an MCB.

Our company has traded with ABM electrical wholesalers for over 10 years, during this time, we have always found them to be very approachable and helpful, always willing to go the extra mile to locate specific items for the right price and within time scale.

With having a big centre to maintain our quantity levels and type of stock we require can be very demanding to try and source but they always come up with the goods. My main point of contacts are Mark and Chris but I have dealt with the majority of the branch and the outstanding service runs throughout the company and they are a credit to one another. The service and stock has always been reliable and this is why we continue to use them.

ABM Electrical are a fantastic wholesaler who provide a great service to us and our team.

They have a great selection of stock off the shelf and if we need items that they don’t have in, they make all the relevant calls and go out of their way to source what we need.

I have found dealing with ABM to be stress free, very competitive in their pricing and willing to go the extra mile, they are readily on hand to offer advice and alternatives to sometimes complex issues.

I have recommended ABM to other parts of our business and would highly recommend to anybody looking for an electrical wholesaler to use ABM Electrical.

GET ADVICE FROM OUR TEAM OF PROFESSIONALS

CHECK OUT THE PROJECTS CARRIED OUT BY OUR CUSTOMERS & CLIENTS 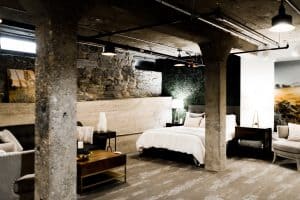 How to light a basement bedroom

If you are trying to transform your dark, dreary basement into an additional space for… 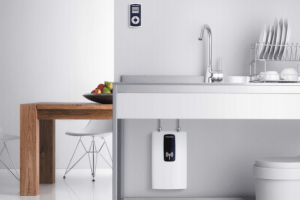 In the second part of our Kitchen Light Fixtures series, we shall discuss how you… 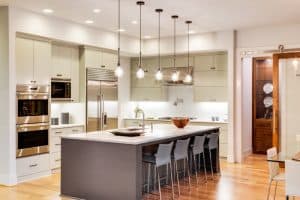 It’s common knowledge that the kitchen is the heart of the home, which is why… 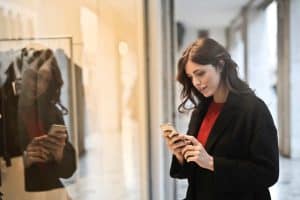 The best lighting for your commercial property

Lighting is a crucial thing to consider when it comes to your commercial property. LED…

A B M Electrical Wholesalers Ltd